CBG is considered a Major Cannabinoid and is actually the chemical precursor to two of the other  Major Cannabinoids THC and CBD. CBG has recently gained popularity in the United States and many hemp farms are now rushing to cultivate hemp cannabis genetics that produce high levels of CBG.

CBG can be found in isolate and distillate forms. While it is possible to find good quality CBG Distillate the market in the United states where it is primarily produced is has not created demand for THC -FREE CBG Isolate that would be acceptable for Japan so for our purposes we will focus on isolate. Like all isolates CBG Isolate is a crystalline powder that will be a fine white to off white or eggshell color. Look for more information regarding isolate color in our blog.

Like the other cannabinoids CBG has a host of effects. It it said to have Anti inflammatory and anti cancer properties in addition to helping to alleviate nausea.   (Source: S. Deiana, in Handbook of Cannabis and Related Pathologies, 2017) CBG has also been shown to help relive ocular pressure which may help in the treatment of  glaucoma.  (source: Joshua A. Hartsel, ... Alexandros Makriyannis, in Nutraceuticals, 2016) CBG has significant antidepressant effects as well. (Source:Ethan B. Russo, Jahan Marcu, in Advances in Pharmacology, 2017)

More research needs to be done to determine the extent of the benefits of CBG. However it is an important part of the cannabinoid family and can be beneficial both on its own or when combined with other cannabinoids to achieve the " Entourage Effect." See our blog for more information or check out http://cbd-migoto.jp/ 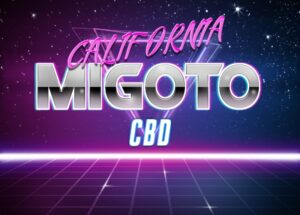